In addition to showcasing the bell, the incredible role of Cornelius Heeney, an Irish philanthropist and famine survivor in creating Catholic charities in NYC is also to be recognized. 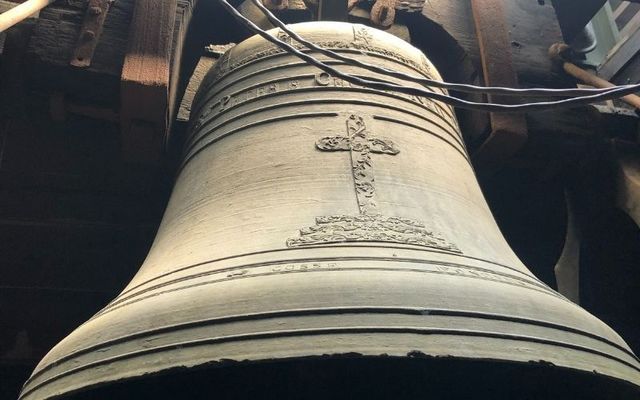 The original St Peter’s Church on Barclay Street in New York City was the first Catholic church built in New York City and State. The church was built in 1786 for Irish immigrants and amazingly, the bell that called them to prayer from 1806 still survives.

Now there are plans to exhibit the bell inside the modern-day Saint Peter’s, a chance to connect today’s faithful with their ancestors

It is known that in the early part of the nineteenth century the County Cork-born priest, John Power was a familiar sight in New York rowing across the East River to say mass before the Brooklyn Bridge was built. Educated at St Patrick’s College, Maynooth, that great seminary of Irish Catholicism, Power ministered at St Peter’s Church on Barclay Street which was built in 1786 and later destroyed when part of the roof collapsed in 1836. He likely secured the funding for the massive mass bell.

Today, nothing survives of that church, except that is, the bell, which for more than thirty years called the Catholics of that area to prayer. The bell contains the names of Rev William O’Brien and Rev Matthew O’Brien, pastors of the church, Thomas Stoughton, John Sullivan, Michael Roth, Francis Cooper, John Byrne, Andrew Morris, and Cornelius Heeney, benefactors of the church and of the bell. 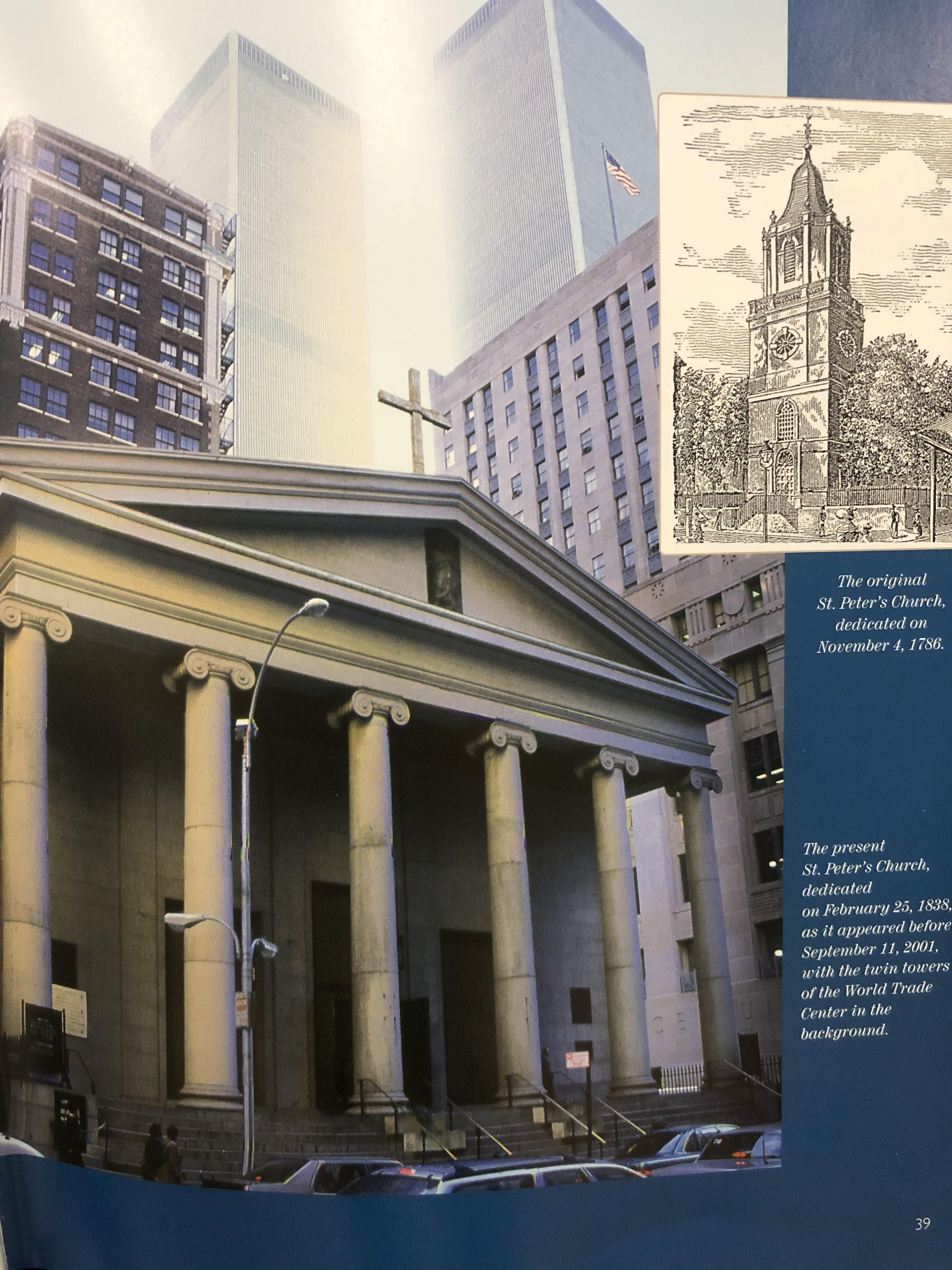 Made under the supervision of Charles Sherry at Nantes on 30 June 1806, it is remarkable the bell has survived given the many vicissitudes which the building has suffered. Tucked into the attic of new St Peter’s, constructed after the 1836 disaster, the bell has remained there ever since. That is until Danny Leavy, a Resident Manager in New York, began to research the career of one of the church’s benefactors.

Cornelius Heeney (1754-1848) was perhaps the most successful Catholic in New York in the first half of the nineteenth century.

Born in Ireland, he emigrated to the USA at the age of thirty and despite being shipwrecked in the process, he went on to amass a considerable fortune, most of which he donated to religious and charitable purposes. Indeed, the Brooklyn Benevolent Society which he helped establish in 1845 is still in existence today and continues the work started by Heeney. The inscription on the memorial to Heeney located in front of the New York State Supreme Court building, at Montague and Court Streets gives an indication of this remarkable Irishman:

In researching the career of this remarkable Irishman, Leavy, who has lived and worked in New York for almost 30 years, has teamed up with Dr. Ciarán Reilly, an Irish historian at Maynooth University, who has himself been on the trail of Heeney for almost fifteen years. They hope to write a book in the near future on the life and times of Heeney, and, in doing so, draw attention to his story both in the US and in Ireland.

Before that though, plans are in place for the Old St Peter’s Bell to be removed from the attic and put on public display outside the church. According to Leavy, the bell remains a significant part of the Catholic history of New York and the USA given that it was erected during very trying times for the Church in America. “This is an incredible artifact of Irish Catholic history,” he says. It is something we want to make the Irish American community aware of.”The present-day Pastor of St Peters is Galway man, Fr. Jarlath Quinn who has been very helpful in this proposed project in recent months.

Almost twenty years ago the roof of St Peter’s Church was severely damaged on 11th September during the attack on the World Trade Centre. Today, the repair area is still visible on the roof of St Peter’s. As we come together on the 20th anniversary of 9/11, it is hoped that the St Peter’s bell which survived intact through wars, Famine, and depressions might also act as a symbol both of religious freedom and tolerance and hope in America. ”When this bell tolled it brought everyone together in simple prayer, that is a powerful image in itself” Levy stated. “It even survived 9/11.”

Your Complete Guide To Buying At Ikea

Indonesia Teak Furniture For Indoor And Outside